“Eyes are windows to the human soul They whisper the truth when we aren’t bold To scream it out loud.Eyes are a gateway to someone’s heart It brightens the image that we look for In others.It clarifies what we perceive as a page in someone’s book.A glimpse of a chapter in their life”-Lakira Mitchum

Let’s talk about an random celebrity one that we as the public  we see as a messiah, or some strange sign from God as a prime example of men, and then stop for a second and really ask ourselves “wait, what really makes us see them as perfect”? He’s handsome, shy and yet he seems happy and always grateful but, do we really know?The late night calls, the overwhelmingly sad good byes from friends, deceased family  members and women he once loved.It’s strange I know him in some way but, he’s this sentimental creature,a gentleman that cusses  in private or alone  in his room waiting for some brod to  call him back,”Damnit , she’s so selfish,”he mumbles after taking a huge sip of vodka,he smashes the glass and blood gushes from his hand “Fuck Anabel I hate her! “He yells it seems he’s hoping an angel is listening to him he thinks back and observes how beautiful she was and becomes disgusted and remembers how she was so dumb and ignorant,Wait what am I crying for? “Damnit, Tom get it together” he says to himself it’s obvious he tries to stay strong  his eyes begin to leak something we call a tear,we all make them.Waiting in a coffee shop  for Adele, she’s three hours late and she won’t pick up her phone, the third call around she answered after the fourth ring, “hello, oh shit, you’re still waiting for me, she seems a bit tipsy, God this is awfully dreadfully, I just remembered I hated our last conversation, so never mind I’m not coming, Tom you’re so naive,Her hideous unemphatic voice echoes in his ears, it’s like a gunshot that went through his heart. 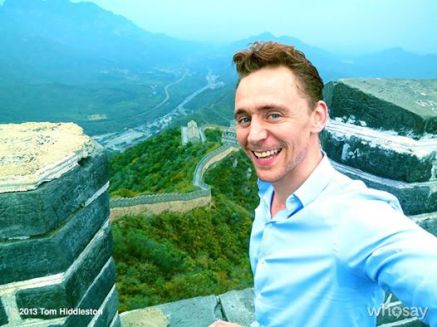 That soggy joy pill is beginning to taste pretty bad right now, that pill was called counterfeit love, or lust, “Fat bitch can’t keep a man anyways”he, mumbled as he got up to leave. Tom is a beautiful person, he loves people but, he hates  cannibals like the ones that ate at his heart away like they were starving like how Emma ate his heart that rainy night, she wasn’t wearing panties and, she was so late to her meeting with her agent and she wandered with Tom all night, that night ,drunk and dreadfully disrespectful but ,she loved making Tom miserable because,for some evil reason she thinks selfishness is sexy. She is just as mean as Daniel told him, “Sooooooo she was a waste of time,and her breath was God awful” Tom recalled, while thinking about how much he hated her, he prayed for a way to find peace from all the heartbreak he faced.

Tom decided he was destined to dispose his old ways,in some way he is recreating himself, it’s a powerful journey, “I’m completely letting of her go and all of this” Tom yells, as he climbs a mountain in Japan , he begins to feel himself float into some sort of blissful harmony with himself.”I’m happy Oh, My God I’m so Happy” he begins to think to himself, I’ve never felt like this before it’s like a rush of fire in his heart that burned and he never embraced how amazing he was until now.He spent hundreds on flowers, jewelry, dresses and even, a wedding ring, just to realized she wasn’t the one but, when was it the first  time a woman rubbed his feet, his ugly bloody feet, shoot I would,I guess I just love his smile.Let’s be honest I know him pretty well, somehow. His childhood memories are cute, his voice is charming, his opinions are thoughtful, he hates assumptions and loves cheese , which is wonderful , simple, I just love showing the world that men do deserve the best the same way we women do, if we act as if we deserve it to.

So here I am some lame brod ,from Gainesville writing about this blue eyed man, Tom he has many complexities, many emotional injuries but trust me he’s human for the most part. Tom Hiddleston has so much empathy , and compassion only a  unpropitious monster,a disgusting slut and emotional leech would ever harm someone as wonderful as him.No I don’t have some dumb celebrity crush, he’s not some object or show to me, he’s like me, he matters, He get’s hurt badly. Women can be abusive , women can be rapist , women can be pigs, women can be selfish, filthy hogs in a pin waiting for slop.Overall I can say I love you Tom, my beloved Tommy tom,you are so lovable, it’s not money and fame it’s who you are, be wonderful, be you and always learn from your experiences.

One thought on “The love life of: Tom Hiddleson”